Gold – Why Is This Metal Element So Valuable

Gold is a chemical element with the symbol Au (from Latin: aurum) and atomic number 79. This makes it one of the higher atomic number elements, that occur naturally.

This element is a bright, slightly orange-yellow, dense, soft, malleable, and ductile metal in a pure form. Chemically, gold is a transition metal and a group 11 element. It is one of the least reactive chemical elements and is solid under standard conditions.

Although resistant to most acids, gold does dissolve in aqua regia (a mixture of nitric acid and hydrochloric acid), forming a soluble tetrachloroaurate anion.

Silver and base metals dissolve in nitric acid, whilst gold is insoluable. The term ‘acid test’ arose from this property, used to refine gold and confirm gold presence in metallic substances.

Gold has been used as a symbol for purity, value, royalty, and particularly roles that combine these properties.

Like other precious metals, gold is measured by troy weight and by grams. The proportion of gold in the alloy is measured by karat (k). Pure gold (100%) is 24 k, whilst lower karat numbers are proportionally less (i.e. 18k = 75%).

Gold is the most malleable of all metals. It can be drawn into a wire of single-atom width, and then stretched considerably before it breaks.

Such nanowires distort via formation, reorientation and migration of dislocations and crystal twins without noticeable hardening.

Such semi-transparent sheets also strongly reflect infrared light, as well as radio waves. This makes them useful for the protective coatings on many artificial satellites, as infrared (radiant heat) shields in visors of heat-resistant suits, and sun-visors for spacesuits.

Gold’s high malleability, ductility, electrical conductivity, resistance to corrosion and most other chemical reactions, have led to its continued use in corrosion-resistant electrical connectors in all types of computerized devices (its chief industrial use).

The density of gold is 19.3 g/cm3, almost identical to that of tungsten at 19.25 g/cm3. Due to this, tungsten has been used in counterfeiting of gold bars, such as by plating a tungsten bar with gold. 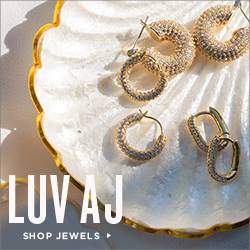 Gold is mentioned frequently in the Old Testament, including the golden calf, and golden altar of the temple. In the New Testament, it is included with the gifts of the magi in the first chapters of Matthew.

Outside chemistry, gold is mentioned in a variety of expressions, most often associated with intrinsic worth. Great human achievements are frequently rewarded with gold, in the form of gold medals, gold trophies and other decorations.

Aristotle used gold symbolism when referring to what is now known as the golden mean. Similarly, gold is associated with perfect or divine principles, such as in the cases of ‘golden ratio’ and ‘golden rule’.

Gold is further associated with the wisdom of aging and fruition. The fiftieth wedding anniversary is golden and a person’s most valued or successful latter years, are considered ‘golden years’. Also, the height of a civilization is referred to as a ‘golden age’.

Wedding rings are typically made of gold. It is long lasting and unaffected by the passage of time and may aid in the ring symbolism of eternal vows before God.

EUROPEAN EXPLORATION OF THE AMERICAS

European exploration of the Americas was fueled in no small part by reports of the gold ornaments displayed in great profusion by Native American peoples, especially in Mesoamerica, Peru, Ecuador and Colombia.

Exploration and colonization of West Africa was driven in large part by reports of gold deposits in the region. This was eventually referred to by Europeans as the ‘Gold Coast’.

The concept of El Dorado underwent several transformations, and eventually accounts of the previous myth were also combined with those of a legendary lost city.

El Dorado, was the term used by the Spanish Empire to describe a mythical tribal chief (zipa) of the Muisca native people in Colombia, who, as an initiation rite, covered himself with gold dust and submerged in Lake Guatavita. 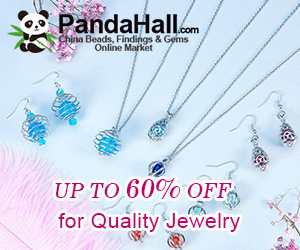 One main goal of the alchemists was to produce gold from other substances, such as lead, presumably by the interaction with a mythical substance called the philosopher’s stone.

Trying to produce gold led the alchemists to systematically find out what can be done with substances. This laid the foundation for today’s chemistry, which can produce gold (albeit uneconomically) by using nuclear transmutation.

The possible production of gold from a more common element, such as lead, has long been a subject of human inquiry. Ancient and medieval discipline of alchemy often focused on it.

However, the transmutation of the chemical elements did not become possible until the understanding of nuclear physics in the 20th century.

The first synthesis of gold was conducted by Japanese physicist Hantaro Nagaoka, who synthesized gold from mercury in 1924 by neutron bombardment.

An American team, working without knowledge of Nagaoka’s prior study, conducted the same experiment in 1941. They achieved the same result, whilst showing that the isotopes of gold produced by it were all radioactive.

Gold is a relatively rare element and precious metal. It has been used for coinage, jewelry, and other arts throughout recorded history.

Gold has been widely used throughout the world as money, for efficient indirect exchange (versus barter), and to store wealth in hoards. For exchange purposes, mints produce standardized gold bullion coins, bars and other units of fixed weight and purity.

From an earlier preference in using silver, European economies re-established the minting of gold as coinage during the thirteenth and fourteenth centuries.

Bills (that mature into gold coin) and gold certificates (convertible into gold coin at the issuing bank) added to the circulating stock of gold standard money, in most 19th century industrial economies.

Historically gold coinage was widely used as currency. When paper money was introduced, it typically was a receipt redeemable for gold coin or bullion.

The ‘gold standard’ was previously implemented as a monetary policy. However, gold coins ceased to be minted as a circulating currency in the 1930s

Gold standards and the direct convertibility of currencies to gold have been abandoned by world governments. This was led in 1971 by the United States’ refusal to redeem its dollars in gold.

Fiat currency now fills most monetary roles, with Switzerland being the last country to tie its currency to gold. The Swiss backed 40% of its value until they joined the International Monetary Fund in 1999.

Central banks continue to keep a portion of their liquid reserves as gold in some form. Also, metals exchanges, such as the London Bullion Market still clear transactions denominated in gold.

Consumption of new gold produced in the world is about 50% jewelry, 40% investments and 10% in industry.

Of the 10% consumed to industry, by far the most important use for new gold, is in fabrication of corrosion-free electrical connectors in computers and other electrical devices.

Though gold is attacked by free chlorine, its good conductivity and general resistance to oxidation and corrosion in other environments, has led to its widespread industrial use as a thin-coating on electrical connectors.

For example, gold is used in the connectors of the more expensive electronics cables, such as audio, video and USB cables.

Highly conductive to electricity, gold has been used for electrical wiring in some high-energy applications. Only silver and copper are more conductive per volume, but gold has the advantage of corrosion resistance.