Boston Marathon – The Case Of The Four Fences

To them, one tragedy is just as good as another, because with everyone talking about Boston and Sandy Hook and Aurora, no one is talking about the biggest banking scandal in history, now ongoing, which will dwarf the second biggest one just a few years ago.

No one is talking about Obama’s horribly failed Presidency, his fake birth certificate, his fake life, the fake Congress, and the looting of the treasury by the banks, the Department of Defense, and the Intelligence community.

The first and still biggest red flags for me here were the fences in front of the fake event. If you watch the famous Boston Globe footage of the explosion and aftermath, the most curious thing you see is the multiple fences along the right side of the finish line (looking back from the line).

That is odd, wouldn’t you say? Where you would expect to find people watching the finish, you instead find four fences topped by huge flags. When the fences are removed, we find people back there, and some of them seem to be injured.

But why were they back there? They couldn’t see anything, so they weren’t audience people. And they weren’t runners, because they weren’t dressed like runners. This wasn’t a changing room for the runners or anything like that.

It would be a stupid place to put a rest or changing area, to start with, and those supposedly injured by the blast weren’t resting runners. 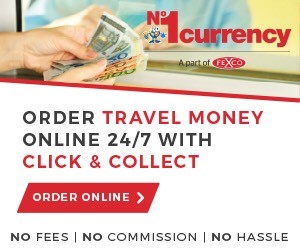 Who were they? Why were they there? How did they get in? Why did they need to be hidden behind four fences and a long line of large flags? You should find it suspicious that the bombs just happened to go off behind these four fences and the line of flags, and that everyone “injured” was also back there out of sight.

TOWARD THE FINISH LINE

This was taken about 100 yards from the finish, and you are looking toward the finish line. See, no fence on the bomb side back here, and no officials in yellow lining the street. The crowd is heavy, but they are staying on the sidewalk without even a single cord keeping them there.

We can see from all this that they simply fenced off thirty yards of sidewalk up ahead and then staged their little bomb from behind the four fences. As soon as I saw that, I knew this was staged.

They needed to keep all eyes off their event until it happened, so they just built a fence right on the finish line. People are so docile, no one asked why those fences were there. And people are so unobservant, no one has asked to this day.

That last picture is also a big red flag, because it makes no sense. Here is the larger version: You can now see the finish line, which is topped by the white banner. You can also see the smoke from both bombs.

The first one has partially cleared, and looks to be well ahead of the second. The second explosion is orange, and it appears only seconds old. But both are a problem, since no one in the race has even paused, much less stopped.

These pictures and films have been manipulated. In the one above, both explosions have been added or greatly increased. In other footage and still pics, images have been spliced together, with new events or people added to real existing footage.

You can see this analysis on youtube. In other cases, runners from other races are used to illustrate the story, although they weren’t there at all. See the children posted on the Facebook memorial page, for instance. Just as with Sandy Hook, images were borrowed, stolen, and manufactured.

Which brings me to one last easy point. Listen to the screams. The soundtrack has been manipulated. I remember watching the film within 24 hours, and the screams weren’t there. I then went back to the same film a day later and heard all these screams that don’t match the scene. They had been added.

Listen closely and you can tell it is a fake soundtrack. If you aren’t very visual and aren’t good sorting through visual evidence, I have something completely different for you (but just as brief).

Perhaps the biggest red flag beyond the videos is a fact that has been revealed by independent researchers. Remember the two young brothers that are said to have planted the bombs? Their last name was Tsarnaev.

Turns out they happen to be related by marriage to a senior US intelligence official named Graham Fuller, who was in the CIA for 20 years, who worked for the RAND corporation, and was vice-chair of the National Intelligence Council.

He was station chief for the CIA in Kabul, Afghanistan. The Tsarnaev’s are Chechens, and before the US took over as enemy number one in Afghanistan, the Chechens and Afghanis were common enemies against Russia.

US intelligence often recruits Chechens, for a variety of reasons. Anyway, it turns out that Graham Fuller’s daughter was married to the Tsarnaev’s uncle. That is not a distant relationship.

Fuller admits that the uncle lived in Fuller’s house in Maryland for more than a year. And the uncle is known to have worked for the government as well in several jobs, including as consultant for USAID. He now lives in an expensive home in Bethesda, Maryland (a DC suburb).

So the young guys you are being told planted the bombs were that close to the National Intelligence Council. They are clearly CIA assets or actors. Since the bombs were faked, that doesn’t mean the CIA murdered anyone here.

It just means that when they failed to pin the bombing on other people early on, they had to fall back on these boys, who were there and were available. They looked ethnic enough to pass for terrorists. Neither of the brothers were killed, either, and neither will go to jail.

Want to learn more about Conspiracies – False Flags – Fake Events – Limited Hangouts – then you need to click to find out.